Super kids with a cause! 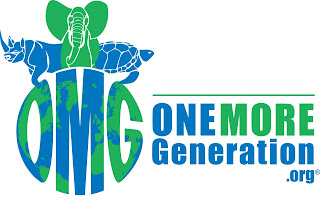 Carter (11) and his sister Olivia (10) are two super kids from the USA who started their own non-profit organisation in 2009 called One More Generation (OMG). One of many issues of which they want to raise awareness and educate other super kids like you through their organisation is the plight of endangered species “so they can save them for at least One More Generation... and beyond.”

Carter and Olivia recently launched their Rhino Letter Writing Campaign. You'll know from Supernova volume 1.4, that rhinos are also very close to our hearts! They initially tried to collect over 1000 letters from people all over the world, addressed to President Zuma, asking him to help stop rhino poaching before it's too late. They have already received over 1600 letters and are trying to get over 2000 before 1 April 2013!

Supernova team members have each sent a letter. Have you?
Visit http://onemoregeneration.org/2012/07/20/dear-president-zuma/
to see how you can get involved today!