Our blog received a little award from one of our followers a while back. Thank you Landers! You can view her beautiful blog, Love, revenge and chocolate cake at http://loverevengechocolatecake.blogspot.com/.


This is the award:

This is how it works:


Liebster means 'dearest' in German and the award is intended to help up-and-coming blogs get the attention they deserve. Here are the rules:

1. Copy and paste the award on your blog.
2. Link back to the blogger who gave you the award.
3. Pick your five favourite blogs with less than 200 followers and leave a comment on their blog to let them know they have received the award.
4. Hope that the five blogs chosen will keep spreading the love and pass it on to five more blogs.

Our nominations are:
You have my word by Shae Leigh Bloem.

Lawyer? I Hardly Know Her. by Jenna Walker Cremeans.

Culture Box by Andrea Vermaak (ok, she is one of ours, but this blog is pretty cool).

Posted by BK Publishing at 10:06 No comments:

Email ThisBlogThis!Share to TwitterShare to FacebookShare to Pinterest
Labels: At BK Publishing


Supernova went to check out the northern Gauteng regional finalists of the annual Expo for Young Scientists,the biggest science fair in South Africa for grade 5 to 12 learners. The expo was held at LC de Villiers, the University of Pretoria's sports grounds, from 31 August to 1 September. The expo showcased 389 projects from 52 schools and over 517 learners. We were more than impressed with the bright ideas we found there.

Launched in 1980, the Eskom Expo brings together learners, teachers, parents and educational bodies from all over South Africa and aims to encourage young South Africans to explore the variety of careers open to them and increase awareness of the wonders of science, technology, engineering, maths and innovation.


Learners can enter in over 25 categories, ranging from alternative and renewable energy right through to physics and astronomy, and they are all competing to be selected to participate in the prestigious national finals from 4 to 6 October 2012 in Boksburg, Johannesburg.

There is variety of fantastic prizes up for grabs at the national finals, including a mobile science lab, laptops, university bursaries and much more.


﻿﻿﻿﻿Out of the 253 female learners from Gauteng who entered this year, Hoërskool Waterkloof Grade 9 learner Marlene Meyer walked away with the Eskom Award for Best Female project for her plant science project entitled 'Mysterious fairy circles', aimed at finding the cause of fairy circles (grassless patches of vegetation) in the Namib desert.

“My project took me five months to complete and this involved reading up on plants of southern Africa, testing various plant species and extensive online research,” says Meyer. She conducted numerous tests to identify what caused the fairy circles and concluded that these resulted from a poisoning of the area by a plant species called Euphorbia.

“My big sister, who had participated in the Eskom Expo, was very supportive. She encouraged me when my plant samples would fail and I had to start all over. Some of the challenges I encountered included the various plant species I used during my investigation drying - before producing results.”


Meyer’s biggest lesson from her science project was that “there is an answer for all questions.”

“My project was an improvement of my last year’s entry, and this year I won,” smiled Ofentse.

After observing severe damage caused by invasive alien plants in his neighbourhood, Ofentse decided to come up with a solution to eradicate invasive alien plants. Ofentse investigated an alternative and environmentally friendly manner of eradicating invasive plant species by using mycoherbicides, a fungus that works as a chemical plant killer. “The spores of the mycoherbicide penetrate the plant tissue causing a disease that kills the alien species.”

At the regional finals, 77 gold medals were awarded, 126 silver and 97 bronze. From the 77 gold medals, a delegation of 36 projects were selected to attend the Eskom Expo for Young Scientists National Finals.

Regional Director Awie Duvenage says, “We are proud of all our learners and congratulate our delegation of 30 heading to the nationals in October. We know they will fly the northern Gauteng flag high.”

For more information about the Eskom Expo for Young Scientists, please visit: www.exposcience.co.za


The Supernova team would like to congratulate all the learners that took part for contributing their amazing ideas to science. Your initiative and dedication is inspiring! We wish the finalists all the best at the nationals!

Posted by BK Publishing at 12:41 No comments:

Book your place now for lots of holiday fun! 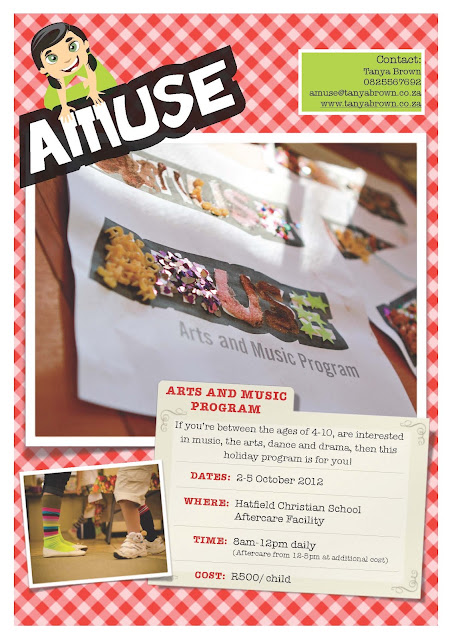 Posted by BK Publishing at 09:32 No comments: 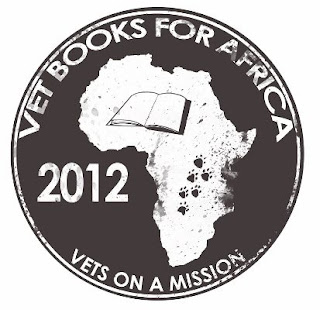 The Supernova team recently heard of an interesting initiative called Vet Books for Africa. We asked a student who is part of this initiative to tell us more about what they do. Here’s what he had to say:

Vet Books for Africa, is a project that was started in 1993 with the sole purpose of promoting Veterinary Science in Africa. Every two years, a group of eight Veterinary students embark on a six week long journey to take books (donated to us by Books for Africa Organisation and The Silent Heroes Foundation) and other much needed supplies to Veterinary Universities in Africa.
﻿


Veterinary Science is a lot more than treating sick dogs and cats – Veterinarians ensure that the animals we use for meat and milk are healthy, they make sure that diseases from animals don’t cause harm to humans; and Vets also play a large role in conservation of wildlife. You can see that Veterinarians are people that a developing continent like Africa, need more of. With our mission, we aim to give a helping hand to the African Veterinary students of tomorrow. By doing this we believe that we will contribute to Africa becoming a much better agricultural continent and have a much better means of looking after their wildlife. We would love to see Africa come to its
full potential and have its natural beauty conserved
for hundreds of years to come.


What can you do to get involved?
You can go like our page on Facebook (www.facebook.com/VetBooksForAfrica) and follow what we’re getting up to now and during the outreach trip (we leave on the 29th of October 2012). Furthermore, we are still desperately in need of funding for our trip. So if you know of anyone that would like to make a donation, please contact us at info@vetbooksforafrica.org.

-Michael Ferreira
The Supernova team wishes the organisation the best of luck with all their future endevours!
Posted by BK Publishing at 09:53 No comments: