Connell Cruise steps Into the Wild

Supernova, the mag for curious kids caught up with the ever popular Connell Cruise to chat about his international debut EP, Into the Wild, and his road to success. 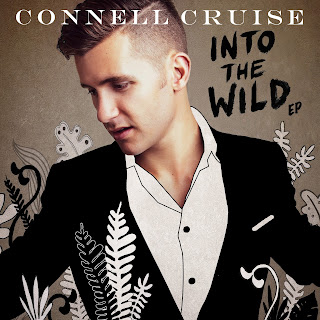 Supernova:  Sometimes success can seem as if it happened over night. The wise will know that this is untrue. For how long have you been working towards your great international success? (Congratulations on the international debut EP!).

C.C.: It’s been nearly three years of ‘overnight success’ and counting. It still feels like I’m just getting started, and I think that’s a good thing. (Thanks so much!)

Besides hard work and dedication, what other 'secret ingredients' do you need to succeed in whatever you do?

Having a great team that liberates, encourages, inspires and keeps things moving.

You grew up, listening to many different genres of music. Who, or which band, would you say had the most influence on your style?

I don’t know if there’s a single great influence; I think it’s more a massive melting pot of styles and musicality, ranging from Michael Jackson to Freddie Mercury to Beethoven to Supertramp to the Backstreet Boys to One Republic. Haha, there’s no limit to inspiration.

You started recording the vocals in SA, but you’ve also spent some time in the States, recording. Has your perception of the music industry changed since you’ve been in the States and if so, how?

It’s the same industry, it’s just become a little bigger, a little faster. I love it.

You’ve had the privilege of working with a few big names in the music industry, including Ido Zmishlany, John Ryan, Teddy Geiger, and James Shelley. If you could collaborate with only one other producer, musician or band, who would it be?

What can we expect from your latest album?

It’s my best work to date. New songs with a fresh sound, taking my music in a new direction and to a worldwide audience. I’m very proud of it; it’s a first taste of what’s still to come.

When will be seeing you in South Africa again?

Are there any plans for a world tour in the pipeline?

Absolutely, let’s take America first. What do you say?

Look out for a review of Into the Wild in Supernova vol. 5.1.

Posted by BK Publishing at 14:51 No comments: