The globally acclaimed Alvin Ailey American Dance Theater received a standing ovation at their gala performance on Thursday 3 September 2015 at Mostecasino, Johannesburg. It's no surprise, as the New York-based dancers are the definition of strength, grace, power and precision.

Every one of the pieces performed was audibly breathtaking. Striking costumes and meticulously choreographed performances effectively boasted every rippling muscle in the dancers' bodies as they weightlessly leapt through the air or balanced on the edge of every dancers' dream.

The dynamic Yannick Lebrun performed Artistic Director Robert Battle's energetic solo Takademe with great athleticism and an equally high spirit. Seldom has a range of emotions been so sincerely expressed by any performer, leaving the audience in awe and inspired.

Grace, choreographed by Ronald K. Brown, transports one to the spiritual roots of African-American culture. The dancers' enthusiasm and passion is visibly clear in this piece that's injected with energy.

The highly acclaimed American classic Revelations is Alvin Ailey’s signature masterpiece. It is a tribute to Ailey’s heritage, exploring moments of deepest grief and joy.


The ballet piece ‘Fix Me, Jesus’ is transfixing. Linda Celeste Sims is the epitome of grace and strength, arousing gasps from the audience as she pivots in arabesque, perfectly balanced. One should not underestimate the strength of her dance partner Glenn Allen Sims, as many non-dancers so often do. It takes a great amount of agility, strength and focus to partner a ballerina with such grace and effortlessness.

Alvin Ailey American Dance Theater will be performing in South Africa as follows:

There are two alternating programmes of about two hours each. Both programmes end with Revelations.

Tickets are on sale at Computicket.

On a journey with George Ezra 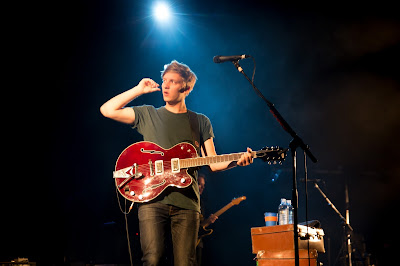 Bongeziwe Mabandla opened the show with his beautiful, haunting melodies, followed by the ever energetic, entertaining Freshly Ground. The latter took the minds of every South African present back to the past with their hits 'Do Bee Do', 'I'd like' and, of course, 'Waka Waka'.

The lovely George Ezra then took the stage. He held the audience captivated from start to finish with his quirky sense of humour as he told anecdotes of his journey across Europe, and how certain people and places influenced his songwriting. His humble smile and soulful baritone voice then captured a few hearts as he delighted with hits 'Budapest' and 'Blame it on me', as well as few other gems that are sure to be hit singles in the near future. 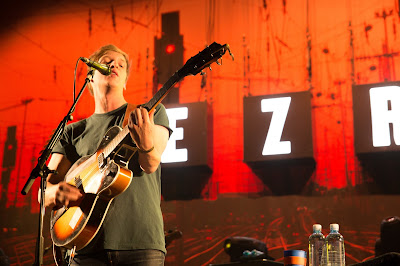 All too soon, the show was over. We were whisked back to reality and the sparkling lights of Carnival City. We'd happily take another road trip – physically and mentally – with George Ezra any time!
Posted by BK Publishing at 13:39 No comments: