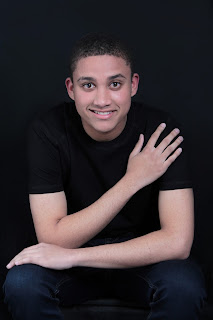 Up-and-coming 15-year-old actor JC Du Toit’s career has skyrocketed in an incredibly short space of time. The recent winner of Mr Personality and 1st Prince at the Mr and Miss Willowridge High School competition, JC has also been selected as an ambassador for the Forever Changed cancer awareness campaign. The talented teenager is not only aiming to make his mark as a performer, but is totally committed to raising awareness for a worthy cause – Forever Changed.

Du Toit became interested in the world of entertainment at a young age. As a child, he was fascinated by movies. He would watch TV for hours on end. “I love powerful characters and good storylines. I was mesmerised by movies like The Godfather and Goodfellas,” notes Du Toit. “I would rerun the scenes in my head and act them out.”

At the age of 10, Du Toit asked his mom if he could take drama classes. At first, she wasn’t convinced. She thought it was a passing phase, but he kept asking and showing interest. He also took part in all his school productions. Eventually, she realised he was serious. The school’s drama teacher encouraged him, realising his potential. Eventually, his mom contacted Melissa Lottering, a professional acting coach, who immediately saw his incredible talent.

The rest of the story follows a whirlwind of acting classes and auditions. Lottering introduced Du Toit to casting agent Addi Lang. “JC has a natural ability to act. He is determined to do his best to make his mark on the entertainment industry,” says Lang. "He is well on his way to being a sought-after performer.”

Du Toit has also been selected to attend the Applause Rising Talent Showcase (ARTS) held in the USA in July 2016. ARTS is a highly competitive talent showcase. “We are proud of what JC has accomplished in a short time,” says Lang, “and we are thrilled to have his voice behind the Forever Changed cancer awareness campaign as one of our acclaimed brand ambassadors. He is incredibly talented, and his natural empathy and willingness to be part of an international campaign will be highly beneficial for all involved.”

As part of his role as an ambassador, Du Toit will assist in creating awareness for the
campaign  through community events. Brand ambassadors may choose to arrange a
screening  of the Forever Changed documentaries, or set up a talent contest at their school
or in their community.

JC is the first ambassador to be hosting the Dance of The Butterfly event on 28 May 2016
in South Africa with guest  performers Robyn Angela Leal, Winston and Delia Ho and
Jezriel Skei.

“Being a Forever Changed Brand Ambassador means I can make a difference by helping those who have been affected by cancer.”  Du Toit is thrilled to be involved in a cause that is close to his heart “because this campaign can change so many people and their perceptions, and can save lives”

His career to date has included several auditions for a selection of films, TV shows and print advertising campaigns, including the Ford Motor Company and Rand Merchant Bank. “I will always be grateful to Addi Lang for her guidance and help in getting my career going,” says Du Toit.
Posted by BK Publishing at 10:55