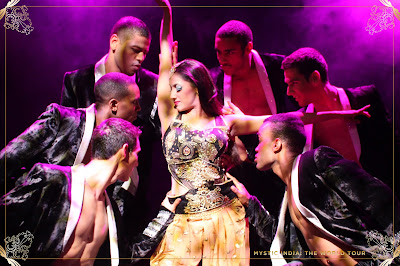 Travel to the heart and soul of India on a wave of brilliant colours, signature sounds, sensual fragrances and explosive energy. Mystic India: The World Tour is a masterpiece that has left audiences worldwide in breathless awe. It’s a true dance spectacle complete with world-class dancers, renowned musicians, opulent costumes, extravagant sets, and mesmerising visual effects. 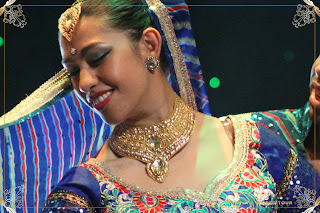 The internationally acclaimed Bollywood music and dance spectacular is based on the concept of ancient India’s transition into modern India. Your senses are joyously overwhelmed with everything that is India from Hindu gods and traditional festivals, to life in rural villages, and the evolution of Bollywood. Whether you have visited India or not, you will leave the theatre, feeling like you’ve known India your whole life.

Mystic India: The World Tour is directed and choreographed by the prominent choreographer and production master, Amit Shah, and produced by US-based AATMA Performing Arts, of which Shah is the founder and creative director.

Book your tickets now at Computicket to see Mystic India: The World Tour, in association with Zee TV, at the Teatro, Montecasino from 29 April to 1 May 2016. It's a must-see show of the year!